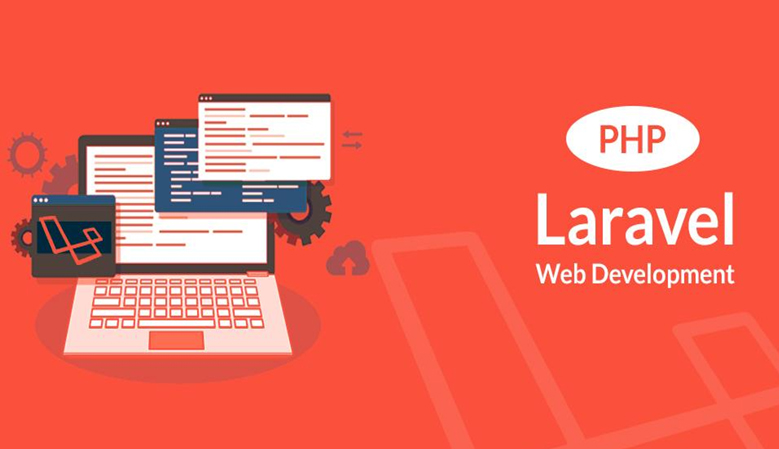 PHP is undoubtedly one of the most popular and widely used programming languages used for the web application development that is powering more than 20 million web domains. This is the best-suited programming language that suffices the requirements of small as well as big businesses. It has a large community support  assurance for the  resolution of programming problems and issues. In addition, there are many informative blogs, online forums, and expert opinions for hassle free coding.

In this blog post, we’ll discuss a popular PHP framework- Laravel in an elaborative way. Laravel is an important framework for PHP and offers a standardized and feature packed platform for building high performing web applications. This PHP framework is young and promising, but it includes the best practices one needs for its business use.

In a very less time, Laravel has gained an immense popularity among professional PHP web development companies as it builds with less repetitive code. The high-level abstractions of its common web development patterns as well as clear conventions for problem-solving and convenient shortcuts for frequent programming tasks makes this framework quite easy-to-use and maintain.

Let’s find features of PHP Laravel Framework that make it popular among developers and businesses alike:

Laravel framework is highly acknowledged for its inbuilt lightweight templates that help you create amazing layouts using dynamic content seeding. In addition to this, it has multiple widgets incorporating CSS and JS code with solid structures. The templates of laravel frameworks are innovatively designed to create a simple layout with distinctive sections.

Blade is the default template engine for Laravel (since Laravel 2 in 2011). The syntax is originally inspired by the ASP.net Razor syntax and provides a cleaner way to write your templates. The main benefit of using Blade instead of plain PHP is to make it easier to re-use templates and split templates.

Blade is the simple, yet powerful templating engine provided with Laravel. Unlike other popular PHP templating engines, Blade does not restrict you from using plain PHP code in your views. In fact, all Blade views are compiled into plain PHP code and cached until they are modified, meaning Blade adds essentially zero overhead to your application. Blade view files use the .blade.php file extension and are typically stored in the resources/views directory.

Laravel offers a built-in tool for command line known as Artisan which allows performing the majority of those tedious and repetitive programming tasks that many developers avoid performing manually. These artisans can also be utilized to create the database structure, a skeleton code, and build their migration that becomes pretty easy-to-manage the database system. In addition, it can be interlaced to generate the basic MVC files right away through the command-line and manage those assets and their respective configurations. Artisan even helps developers to create their own commands and do convenient things with it.

For example: if you type php artisan make:controller MyController in your terminal/command-prompt when you are at the root of your Laravel project, this command will create a Controller for you named as MyController. What if you don’t have artisan command like this? You would need to create a PHP file named as MyController. Then you need to added namespace, php tag and some default code before even starting to write actual code of the controller. Besides, using some extra parameter in this command you can even do more. That’s how artisan helps the Laravel developers.

Laravel framework offers the Eloquent ORM that includes a simple PHP Active Record implementation. It lets the web app developers issue database queries with PHP syntax rather than writing SQL code. Every table in the database possesses a corresponding Model through which the developer interacts with said table. An ORM is relatively faster than all other PHP frameworks.

For example, using an Eloquent model assumes that the table the model is representing has an id field. The id is the primary key for any record, and is used by most of Eloquent’s methods.

Another thing that Eloquent correctly assumes is that your table name is the plural form of your model. For example, your User model will reference the users table. As this might not always be the standard for some, Laravel provides a way to override this: simply use the $table flag:

This will instruct Laravel not to use the convention and instead use the specified table.

Lastly, Laravel can also automate the creation and updating of timestamps for us. To do so, add a created_at and/or updated_at column in the table, and set the $timestamp flag in the model:

Eloquent will see the flag, and automatically set the created_at field on creation, and update the updated_at field each time that a record is updated. Pretty cool, huh?

Retrieving records is a snap with Eloquent’s retrieval methods. For example, you need to find a specific user record? Just do:

This returns a User model that you can do operations on! Need to use conditionals? Let’s imagine that you want to retrieve a user by email address. To accomplish this task, you might do something like:

Alternatively, you could use Laravel’s dynamic methods:

Inserting and updating models using Eloquent can be accomplished in three steps.

Laravel is also popular due to its Object Oriented libraries as well as many other pre-installed libraries. These pre-installed libraries are not found in any other PHP frameworks. One of the preinstalled libraries is an Authentication library which is easy-to-implement and has many latest features, such as checking active users, Bcrypt hashing, password reset, CSRF (Cross-site Request Forgery) protection, and encryption. Furthermore, this framework is divided into individual modules that adopt modern PHP principles allowing developers to build responsive, modular, and handy web apps.

The MVC pattern of laravel ensures clarity of logic and presentation. This architecture support helps in improving the performance, allowing better documentation, and has multiple built-in functions.

Laravel migration system helps to expand the structure of the database of the web application without re-creating every time developers make a change. Owing to this feature, the risk of losing data is very less. It not only offers the facility to change the database structure but it helps to do this by using PHP code instead of SQL. In addition to this, Laravel Schema Builder helps to create database tables and inserts indices or columns promptly.

Many web app developers like Laravel due to the way it facilitates unit testing. This framework of PHP web development is capable of running many tests to ensure that new changes done by programmers do not unexpectedly break anything in the web application. Generally, laravel is considered to have stable releases in the industry as it is careful of the known failures. In addition to this, it makes it easy to write unit-tests for its own code.

Application security is one of the most important concerns in web application development. While developing an application, every programmer has to use some effective ways to make it secure. Laravel takes care of the web application security within its own framework. It uses hashed and salted password that means the password would never save as the plain text in a database. It also uses “Bcrypt Hashing Algorithm” in order generate an encrypted representation of a password. Additionally, this PHP web development framework uses prepared SQL statements that make injection attacks unimaginable.

All the above-mentioned features make PHP Laravel framework awesome and highly preferred framework. This framework is continuously becoming popular among developers and businesses for its unique, classic architecture, where developers create their own infrastructure that is specifically designed for their application.

How to remove PRISMA water mark from my photo in iphone?