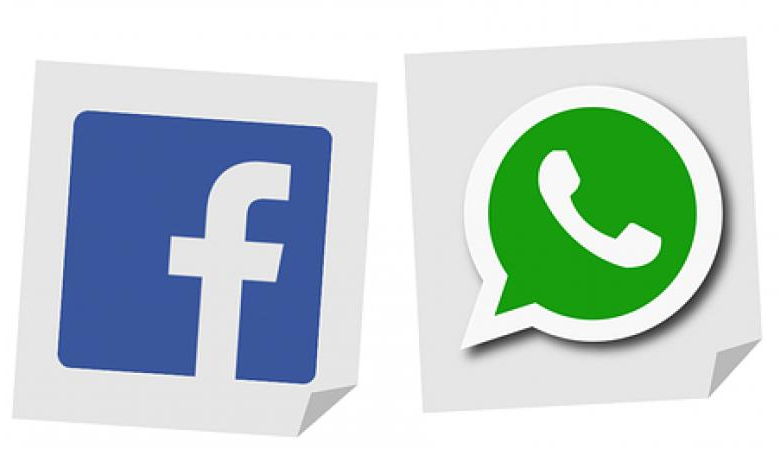 SAN FRANCISCO — Mark Zuckerberg, Facebook’s chief executive, plans to integrate the social network’s messaging services — WhatsApp, Instagram and Facebook Messenger — asserting his control over the company’s sprawling divisions at a time when its business has been battered by scandal.

The services will continue to operate as stand-alone apps, but their underlying technical infrastructure will be unified, said four people involved in the effort. That will bring together three of the world’s largest messaging networks, which between them have more than 2.6 billion users, allowing people to communicate across the platforms for the first time.

The move has the potential to redefine how billions of people use the apps to connect with one another while strengthening Facebook’s grip on users, raising antitrust, privacy and security questions. It also underscores how Mr. Zuckerberg is imposing his authority over units he once vowed to leave alone.

The plan — which is in the early stages, with a goal of completion by the end of this year or early 2020 — requires thousands of Facebook employees to reconfigure how WhatsApp, Instagram and Facebook Messenger function at their most basic levels, said the people involved in the effort, who spoke on the condition of anonymity because the matter is confidential.

Mr. Zuckerberg has also ordered that the apps all incorporate end-to-end encryption, the people said, a major step that protects messages from being viewed by anyone except the participants in a conversation.

In a statement, Facebook said it wanted to “build the best messaging experiences we can; and people want messaging to be fast, simple, reliable and private.” It added: “We’re working on making more of our messaging products end-to-end encrypted and considering ways to make it easier to reach friends and family across networks.”

By stitching the apps’ infrastructure together, Mr. Zuckerberg hopes to increase Facebook’s utility and keep users highly engaged inside the company’s ecosystem. That could reduce people’s appetite for rival messaging services, like those offered by Apple and Google. If users can interact more frequently with Facebook’s apps, the company might also be able to increase its advertising business or add new revenue-generating services, the people said.

The change follows two years of scrutiny of Facebook’s core social network, which has been criticized for allowing election meddling and the spreading of disinformation. Those and other issues have slowed Facebook’s growth and damaged its reputation, raising the hackles of lawmakers and regulators around the world. Mr. Zuckerberg has repeatedly apologized for the problems and has vowed to fix them.

Knitting together Facebook’s apps is a stark reversal of Mr. Zuckerberg’s previous stance toward WhatsApp and Instagram, which were independent companies that Facebook acquired. At the time of the acquisitions, Mr. Zuckerberg promised WhatsApp and Instagram plenty of autonomy from their new parent company. (Facebook Messenger is a homegrown service spun off the main Facebook app in 2014.)

WhatsApp and Instagram have grown tremendously since then, prompting Mr. Zuckerberg to change his thinking, one of the people said. He now believes integrating the services more tightly will benefit Facebook’s entire “family of apps” in the long term by making them more useful, the person said. Mr. Zuckerberg floated the idea for months and began to promote it to employees more heavily toward the end of 2018, the people said.

The effort has caused strife within Facebook. Instagram’s founders, Kevin Systrom and Mike Krieger, left the company abruptly last fall after Mr. Zuckerberg began weighing in more. WhatsApp’s founders, Jan Koum and Brian Acton, departed for similar reasons. More recently, dozens of WhatsApp employees clashed with Mr. Zuckerberg over the integration plan on internal message boards and during a contentious staff meeting in December, according to four people who attended or were briefed on the event.

The integration plan raises privacy questions because of how users’ data may be shared between services. WhatsApp currently requires only a phone number when new users sign up. By contrast, Facebook and Facebook Messenger ask users to provide their true identities. Matching Facebook and Instagram users to their WhatsApp handles could give pause to those who prefer to keep their use of each app separate.

“As you would expect, there is a lot of discussion and debate as we begin the long process of figuring out all the details of how this will work,” Facebook said in a statement.

Marc Rotenberg, president and executive director the Electronic Privacy Information Center, said on Friday that the change would be “a terrible outcome for internet users.” He urged the Federal Trade Commission, America’s de facto privacy regulator, to “act now to protect privacy and to preserve competition.”

People in many countries often rely on only one or two text messaging services. In China, WeChat, which is made by Tencent, is popular, while WhatsApp is heavily used in South America. Americans are more divided in their use of such services, SMS text messages, Apple’s iMessage and various Google chat apps.

For Facebook, the move also offers avenues for making money from Instagram and WhatsApp. WhatsApp currently generates little revenue; Instagram produces ad revenue but none from its messaging. Mr. Zuckerberg does not yet have specific plans for how to profit from integrating the services, said two of the people involved in the matter. A more engaged audience could result in new forms of advertising or other services for which Facebook could charge a fee, they said.

One potential business opportunity involves Facebook Marketplace, a free Craigslist-like product where people can buy and sell goods. The service is popular in Southeast Asia and other markets outside the United States.

When the apps are knitted together, Facebook Marketplace buyers and sellers in Southeast Asia will be able to communicate with one another using WhatsApp, which is popular in the region, rather than using Facebook Messenger or another, non-Facebook text message service. That could eventually yield new ad opportunities or profit-generating services, said one of the people.

Some Facebook employees said they were confused about what made combining the messaging services so compelling to Mr. Zuckerberg. Some said it was jarring because of his past promises about independence. When Facebook acquired WhatsApp for $19 billion in 2014, Mr. Koum talked publicly about user privacy, and said, “If partnering with Facebook meant that we had to change our values, we wouldn’t have done it.”

Last month, during one of WhatsApp’s monthly meetings for staff members, it became clear that Mr. Zuckerberg’s mandate would be a priority in 2019, said a person who was there. One WhatsApp employee then conducted an analysis of how many potential new users in the United States the integration plan could bring to Facebook, said two people familiar with the study. The total was relatively meager, the analysis showed.

Unifying the infrastructure for WhatsApp, Instagram and Facebook Messenger is technically challenging. Unlike Facebook Messenger and Instagram, WhatsApp does not store messages and keeps minimal user data. It is the only one of the services to currently use end-to-end encryption by default.

Encrypted messaging has long been supported by privacy advocates who fear governments or hackers may gain access to people’s personal messages. But it will raise other issues for Facebook, particularly related to its ability to spot and curb the spread of illicit activity or disinformation.

Last year, researchers had trouble tracking disinformation on WhatsApp before the Brazilian presidential election, before eventually finding ways to do so. WhatsApp has recently placed limits on how many times a message can be forwarded on the service, in an effort to reduce the distribution of false content.