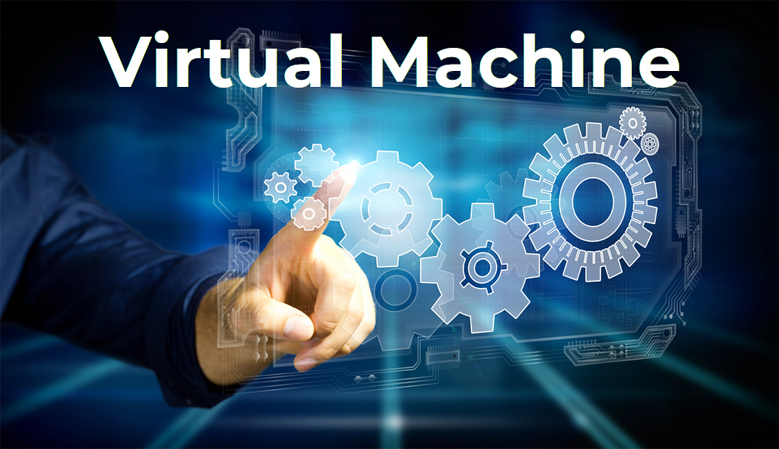 Virtualization makes it possible to create multiple virtual machines, each with their own operating system (OS) and applications, on a single physical machine. A VM cannot interact directly with a physical computer. Instead, it needs a lightweight software layer called a hypervisor to coordinate between it and the underlying physical hardware. The hypervisor allocates physical computing resources—such as processors, memory, and storage—to each VM. It keeps each VM separate from others so they don’t interfere with each other.

While this technology can go by many names, including virtual server, virtual server instance (VSI) and virtual private server (VPS), this article will simply refer to them as virtual machines.

Advantages and benefits of VMs

Resource utilization and improved ROI: Because multiple VMs run on a single physical computer, customers don’t have to buy a new server every time they want to run another OS, and they can get more return from each piece of hardware they already own.

Portability: VMs can be relocated as needed among the physical computers in a network. This makes it possible to allocate workloads to servers that have spare computing power. VMs can even move between on-premises and cloud environments, making them useful for hybrid cloud scenarios in which you share computing resources between your data center and a cloud service provider.

Flexibility: Creating a VM is faster and easier than installing an OS on a physical server because you can clone a VM with the OS already installed. Developers and software testers can create new environments on demand to handle new tasks as they arise.

Security: VMs improve security in several ways when compared to operating systems running directly on hardware. A VM is a file that can be scanned for malicious software by an external program. You can create an entire snapshot of the VM at any point in time and then restore it to that state if it becomes infected with malware, effectively taking the VM back in time. The fast, easy creation of VMs also makes it possible to completely delete a compromised VM and then recreates it quickly, hastening recovery from malware infections.

This section goes through some of the different types of virtual machines: